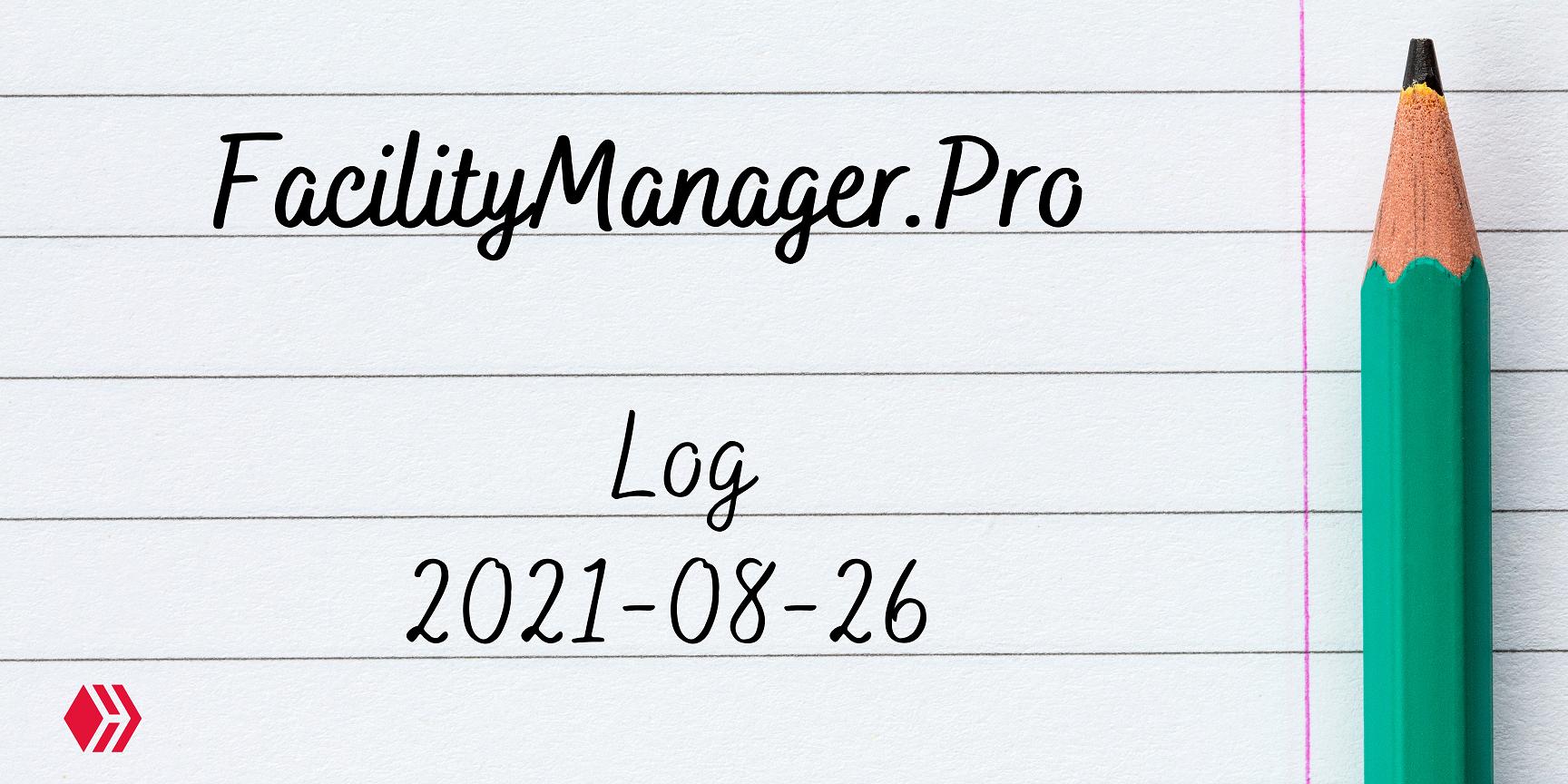 Something I had to learn as a new Facility Manager was to get comfortable supervising. As a technician, your job is to do the work that is required. As a supervisor, you need to step back and allow the technicians to do the work. For a doer, this is not easy to learn. Today, I spent some time overseeing the installation of plants in the front of our building. We had a hard freeze this winter that killed our shrubs. We had the dead shrubs removed earlier this year while deciding what to put in their place. As the end of summer approaches, it seemed the right time to plant. Although this year's summer has been relatively mild, it's still hot by any standard, especially for young plants. 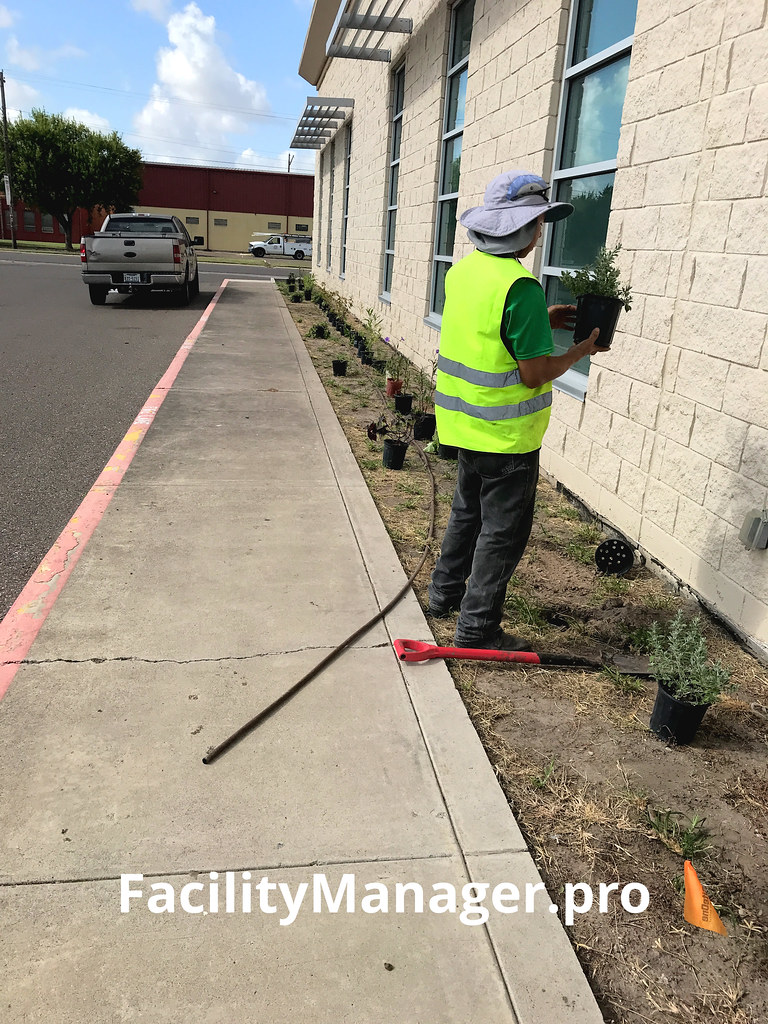 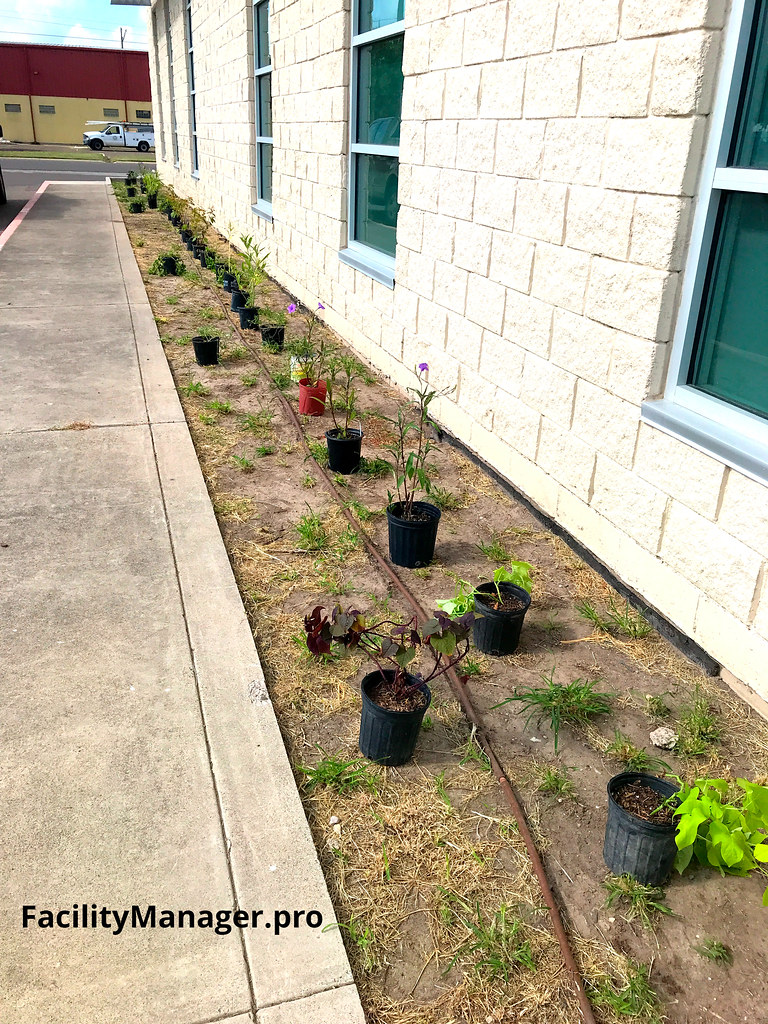 In this case, we decided to go with more native plants, or plants that would attract hummingbirds and butterflies. The World Birding Center and National Butterfly Center have a presence in our community. So, we want to add to the biodiversity through our landscaping. Originally, we wanted only jasmine and firebush. But, some of the other suggested plants "grew on us". Pardon the pun. We think a more colorful garden will add to the building aesthetics. In the photo above, we are figuring out the layout.

Unfortunately, ripping out the shrubs also tore up our irrigation tubes. So, we had to have the irrigation system reinstalled. 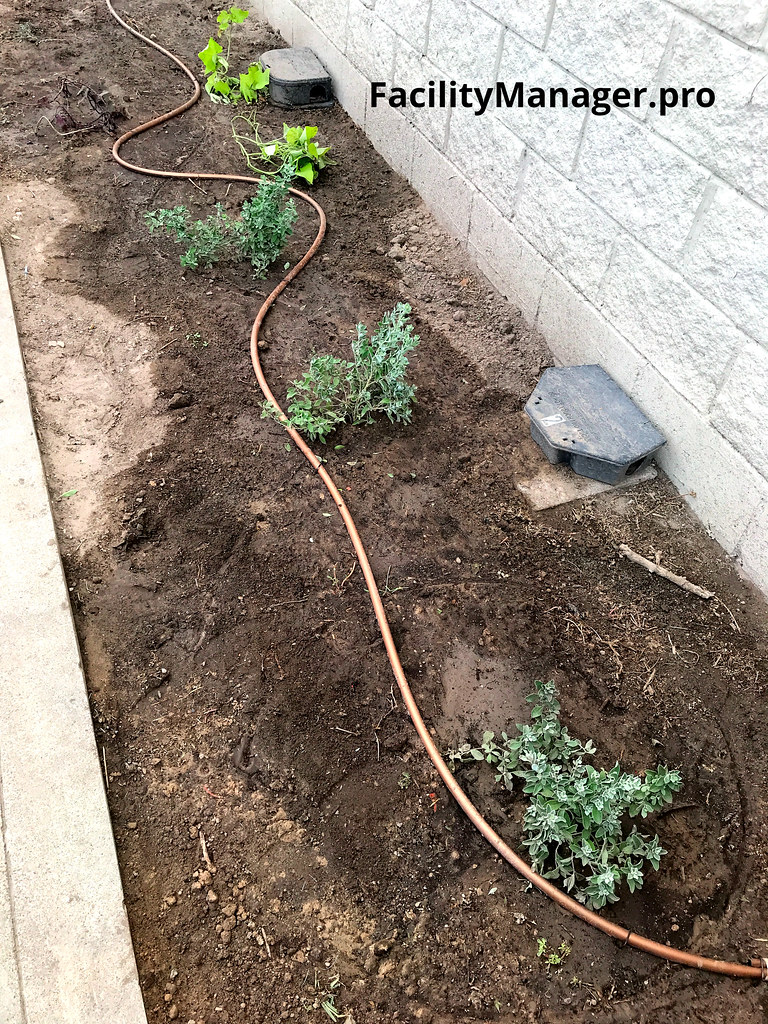 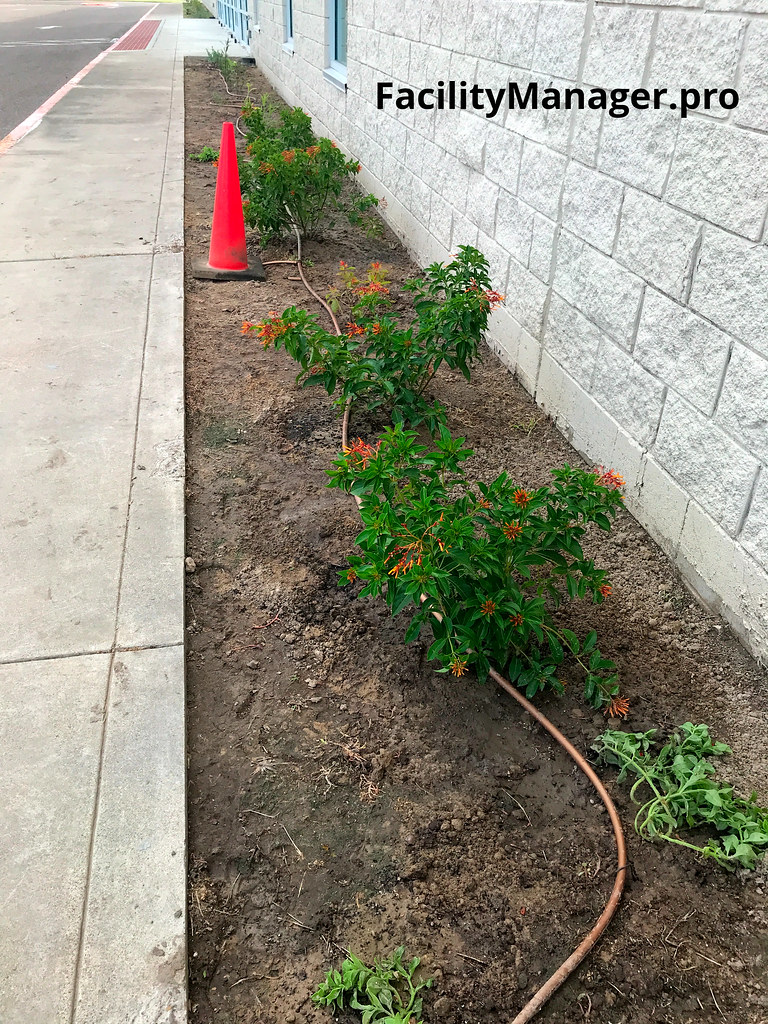 In addition, we are dedicating a raised plant bed to serve as a community garden. So the irrigation had to be repaired as well. This raised bed used to have shrubs as well. But, they blocked the view and weren't much of an attraction. We will have to endure some compost smell for a few days. 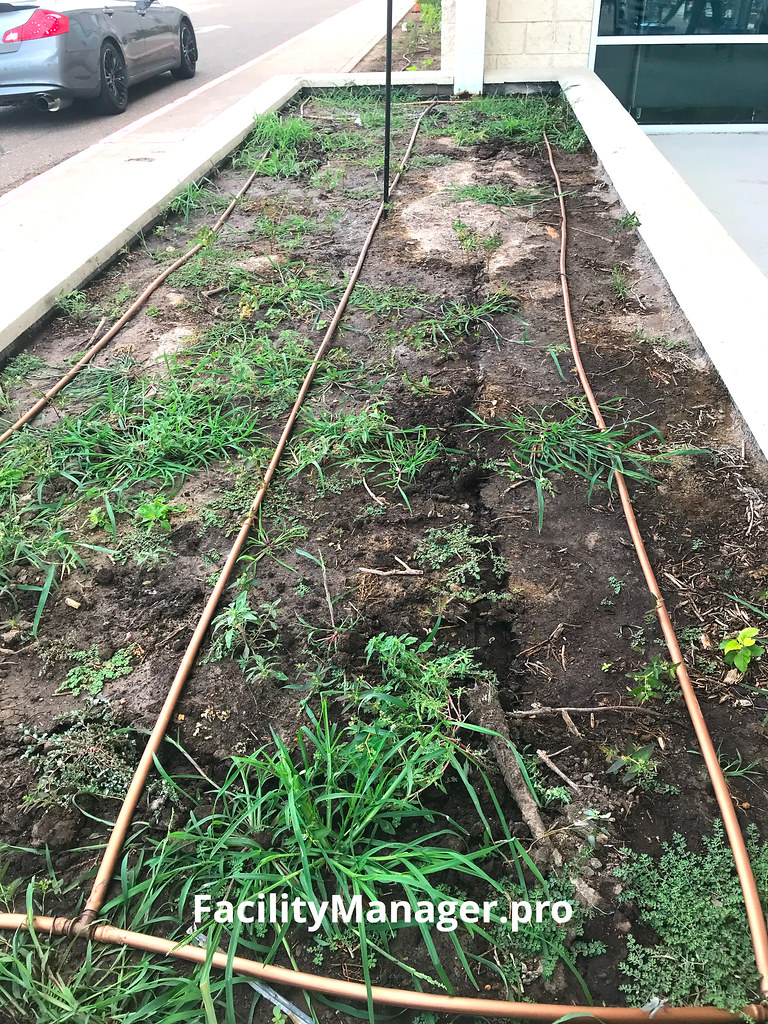 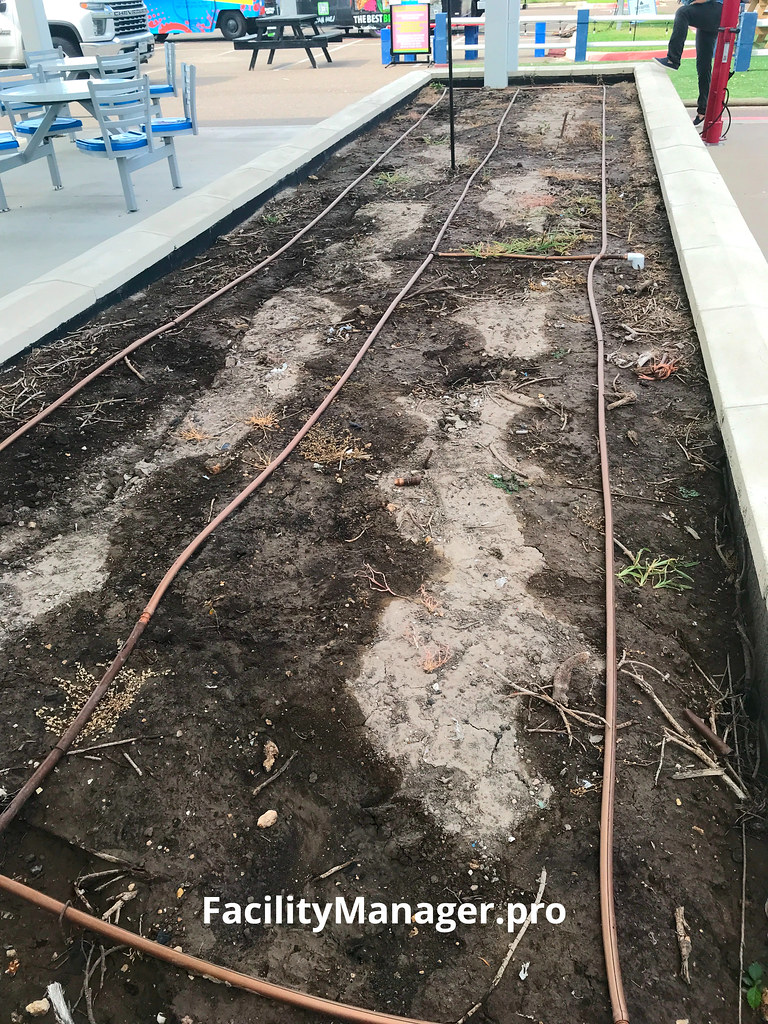 And, finally, because of the heat in South Texas, we had to set up a second program on the irrigation controller to water the plants three times a day until they have established themselves. We want to ensure that they survive. In order to avoid weeds from taking over with all the water, the installers sprayed some glyphosate and a pre-emergent weed killer. This will give the ground cover plants time to grow and crowd out any new weeds. Although, one rule that applies in so many aspects of life is that if there is no gardener, there is no garden. Any installation, no matter how well-planned, requires care to avoid it becoming an eyesore. 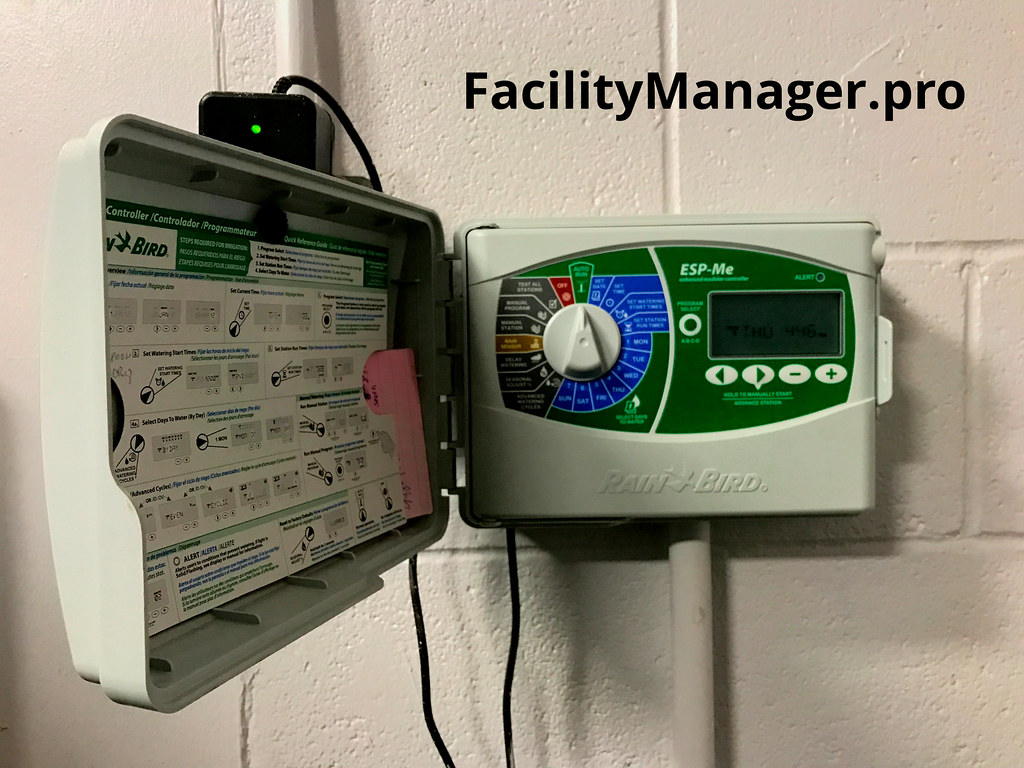 On the janitorial front, we have lost our vacuum. The blower, which is made of plastic, has exploded into shards. I will try to find the replacement part. However, in the meantime, I will have to order another vacuum so that cleaning service is not interrupted while this one is repaired. We have had it in service about three years. I have replaced belts and bristles. But, the model may be discontinued, which makes it challenging to find parts. 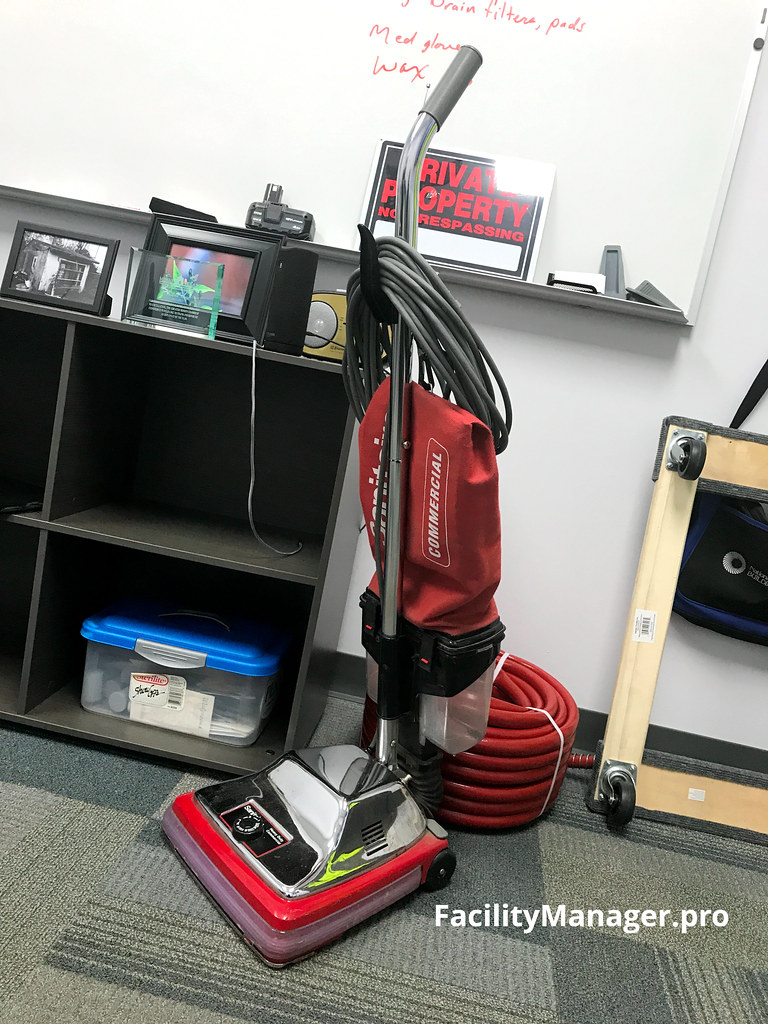 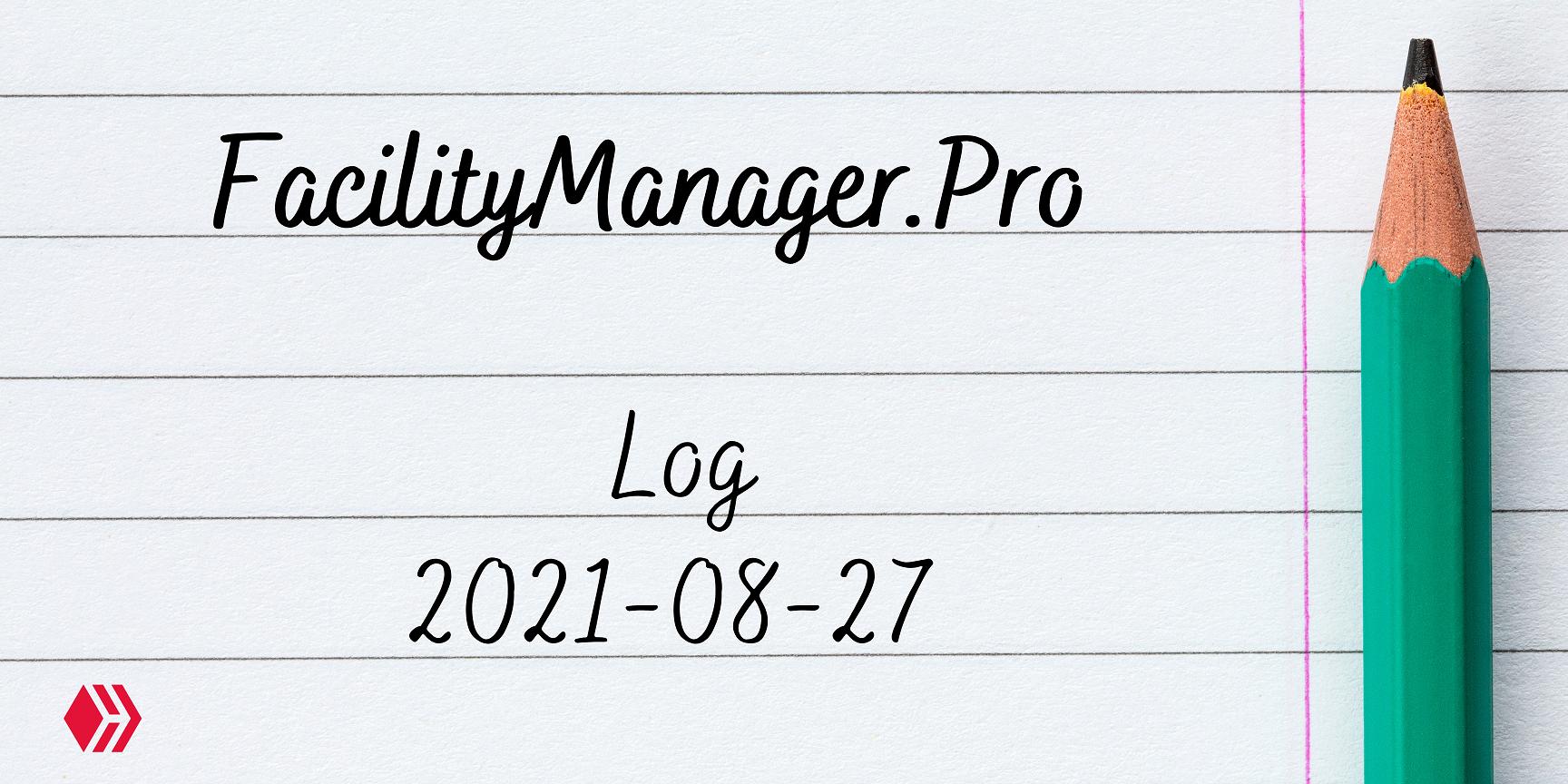 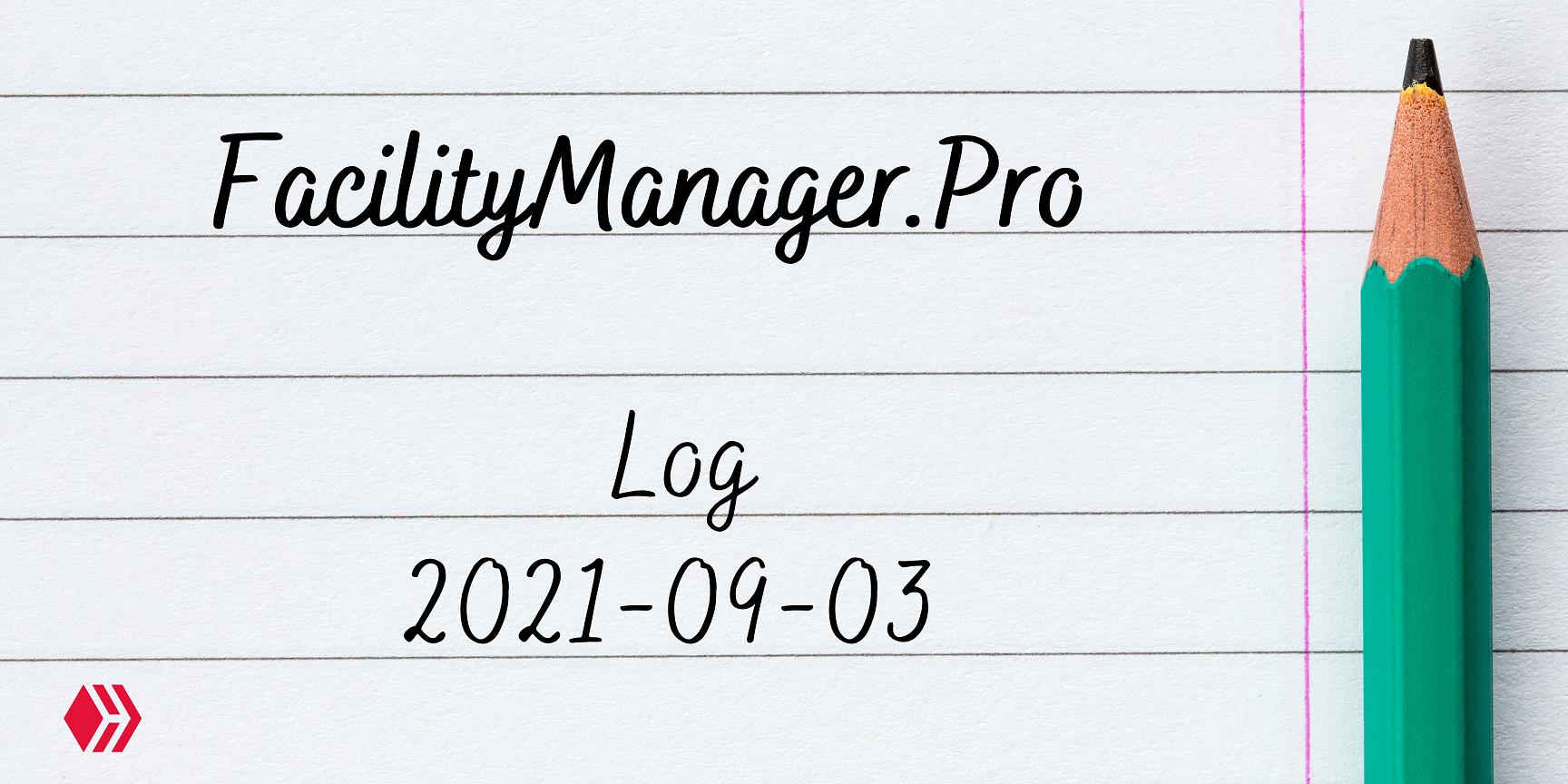 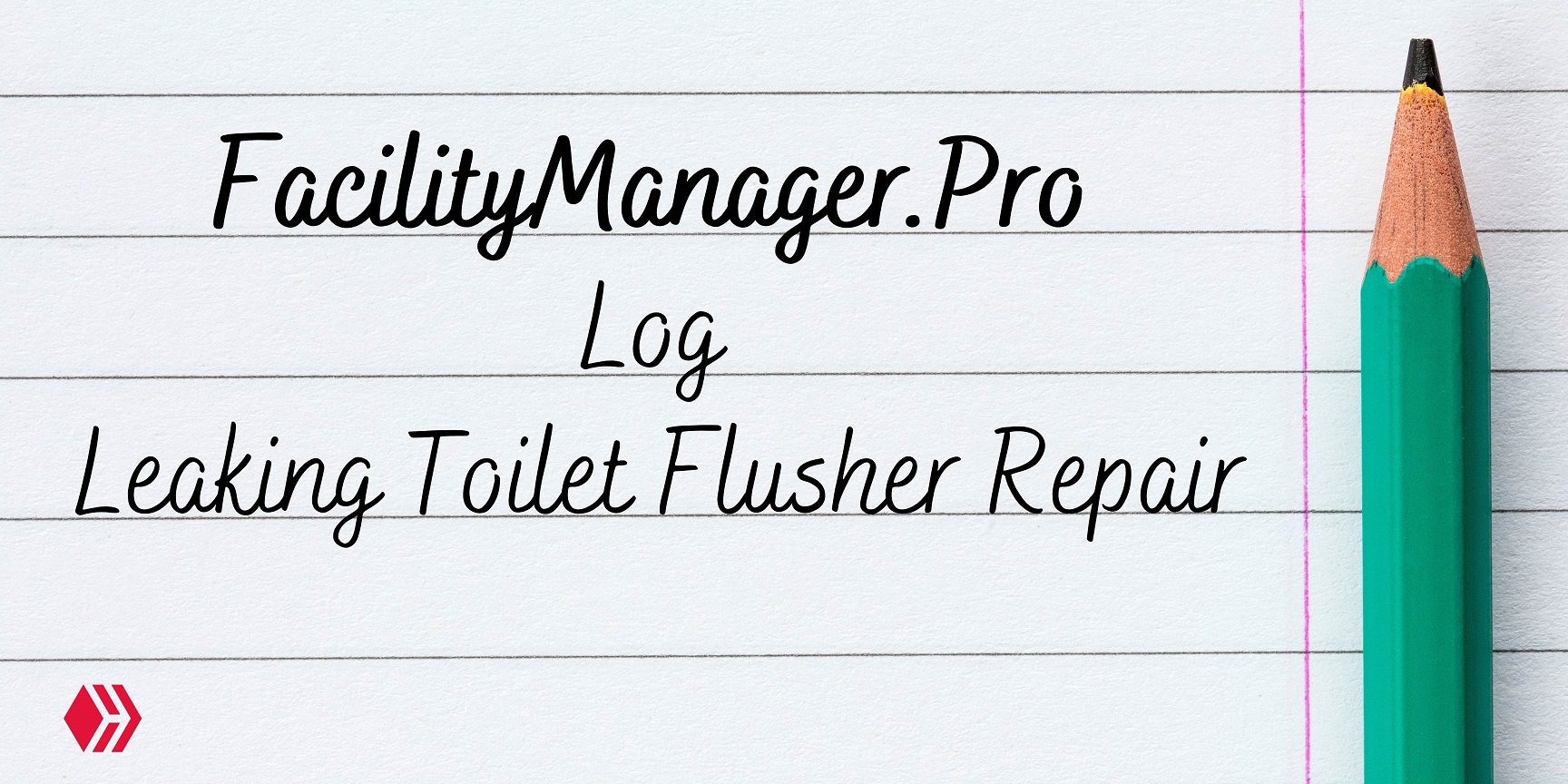 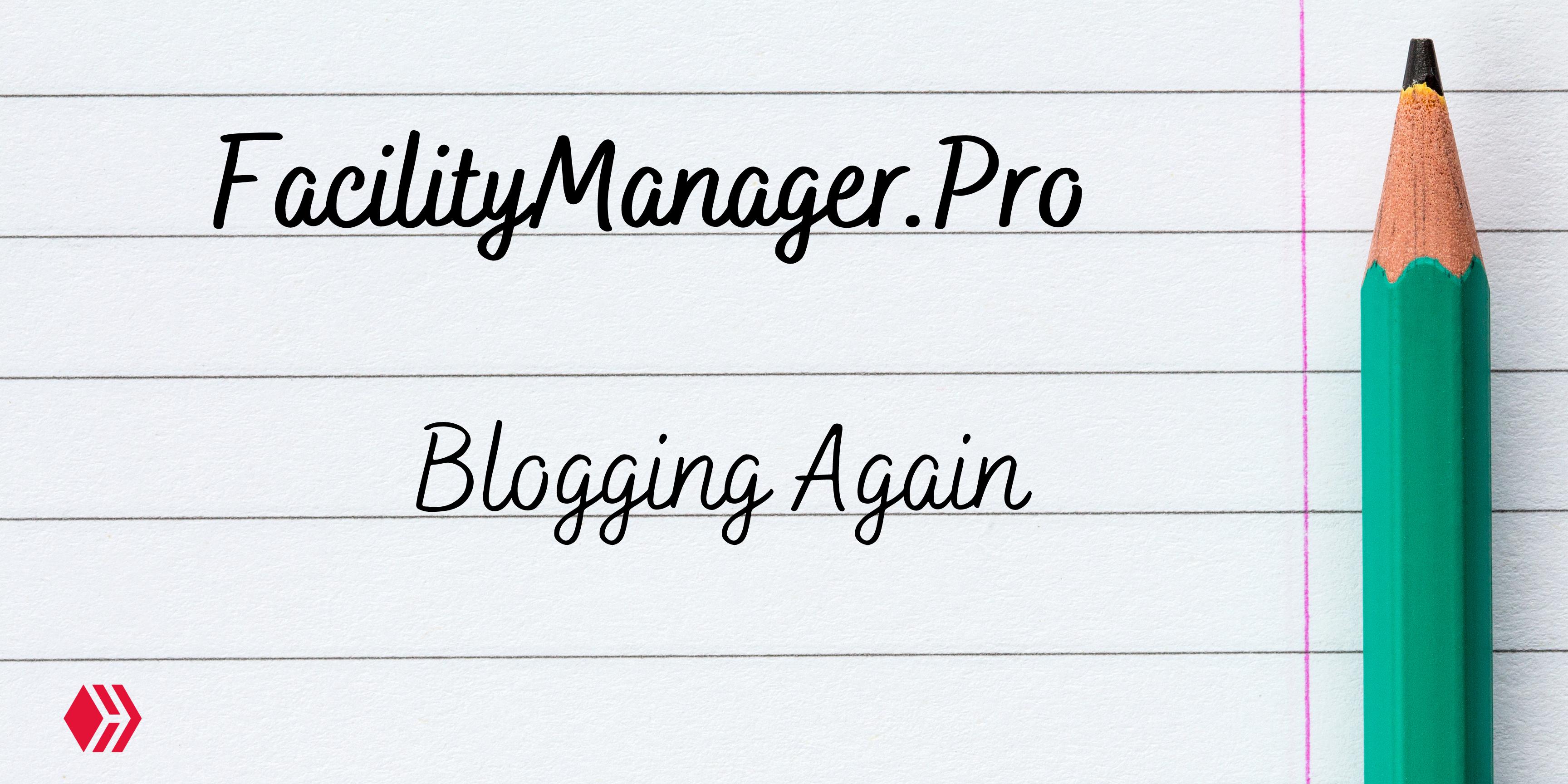 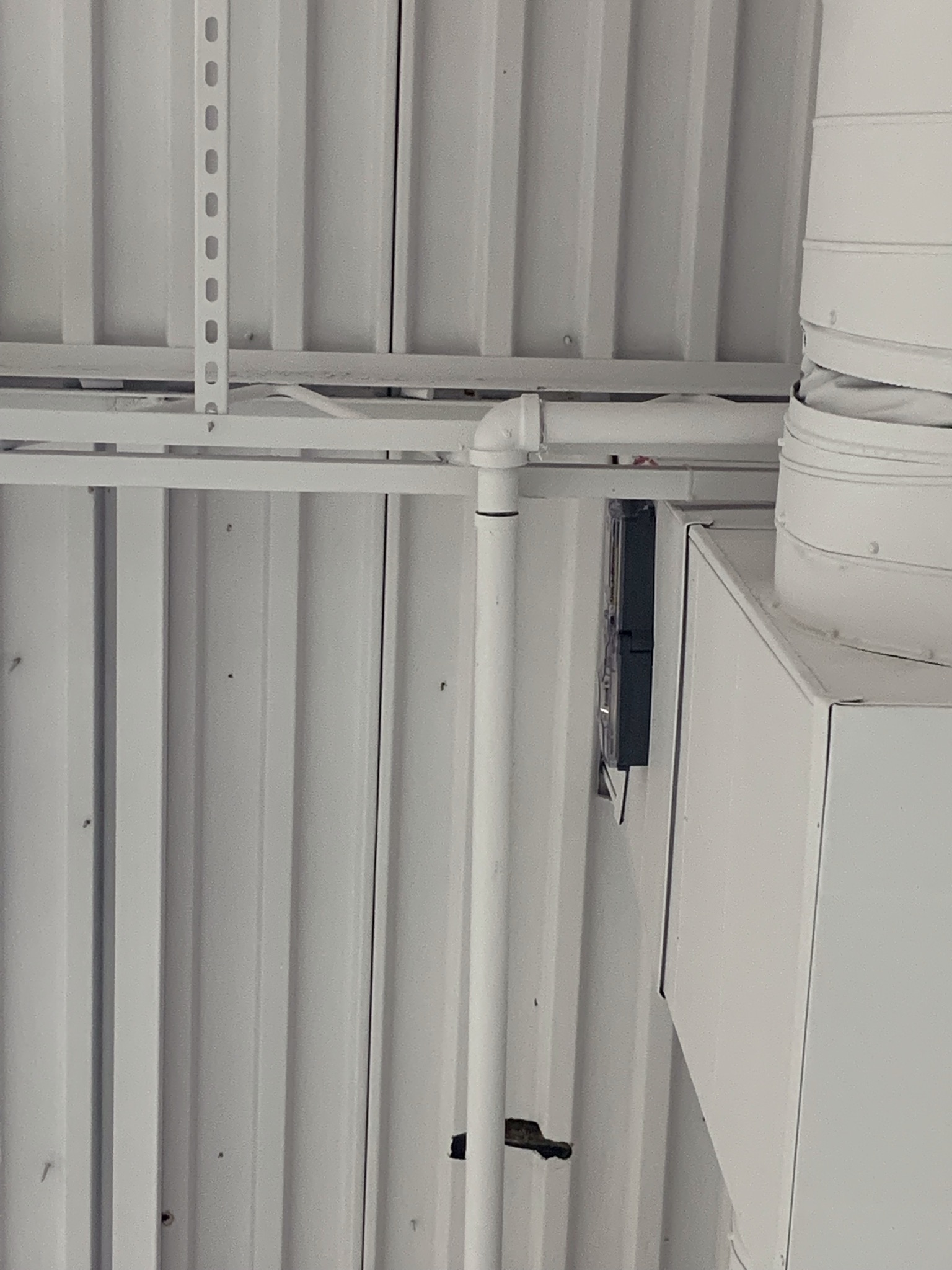 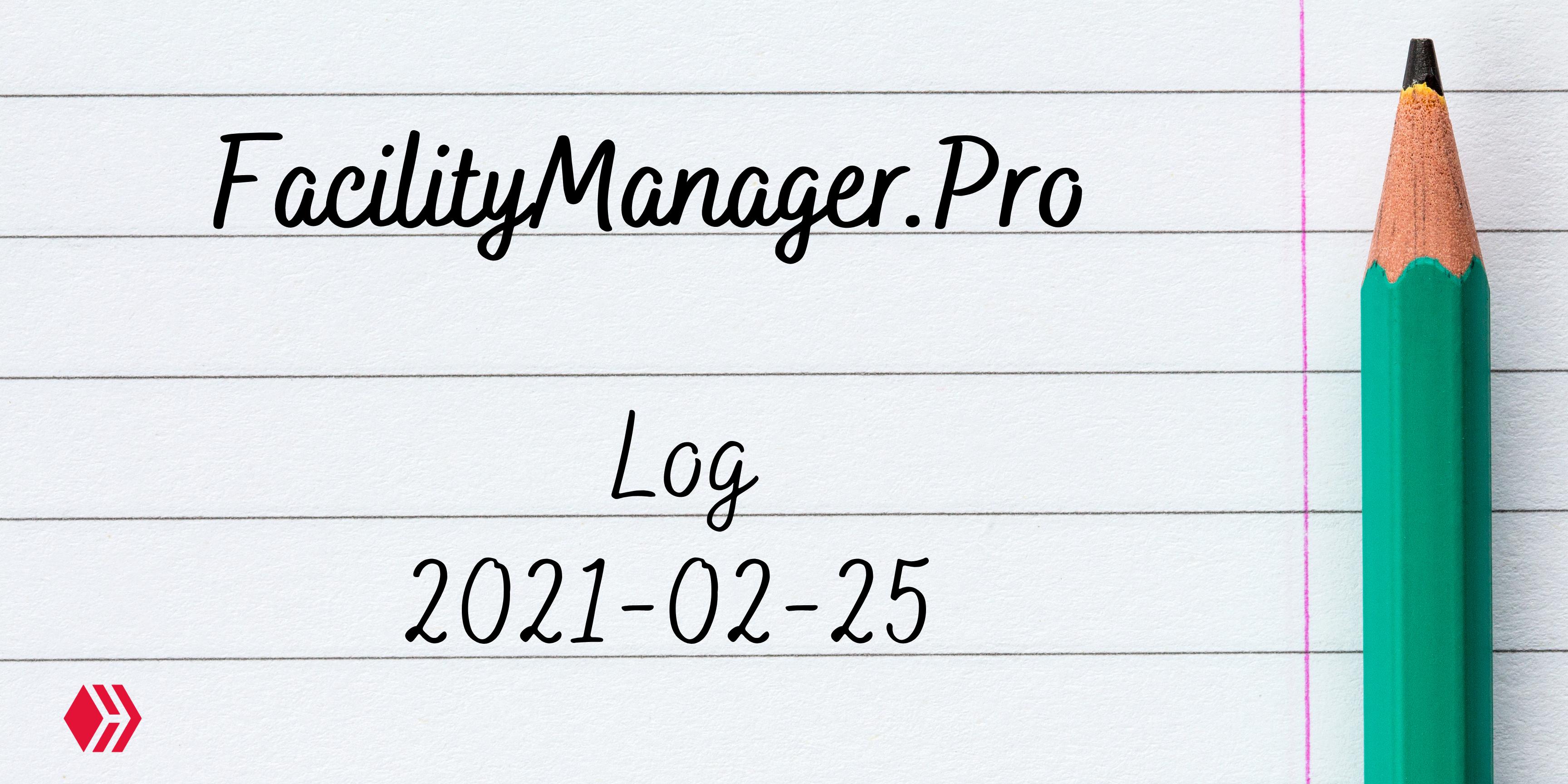 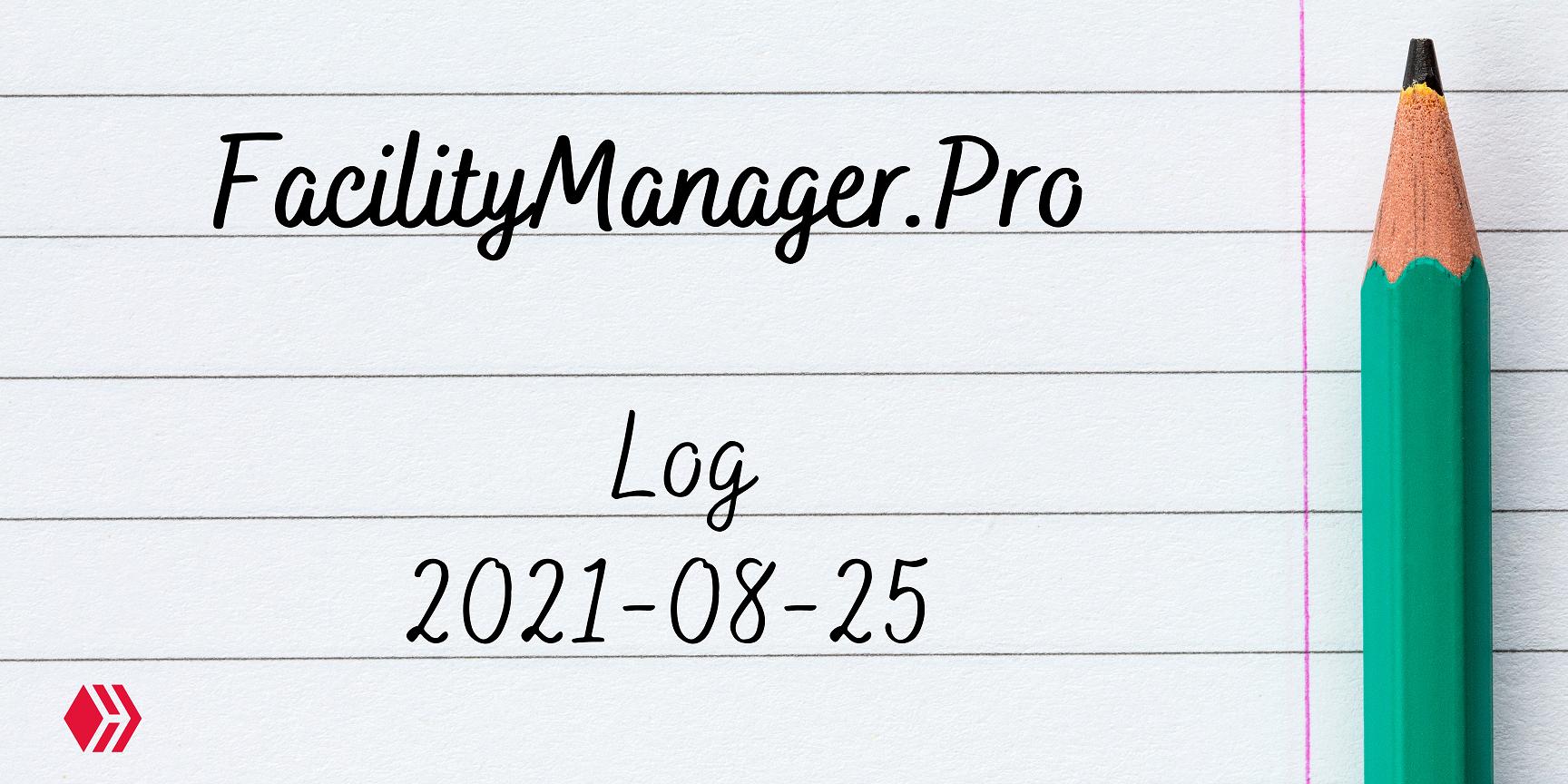 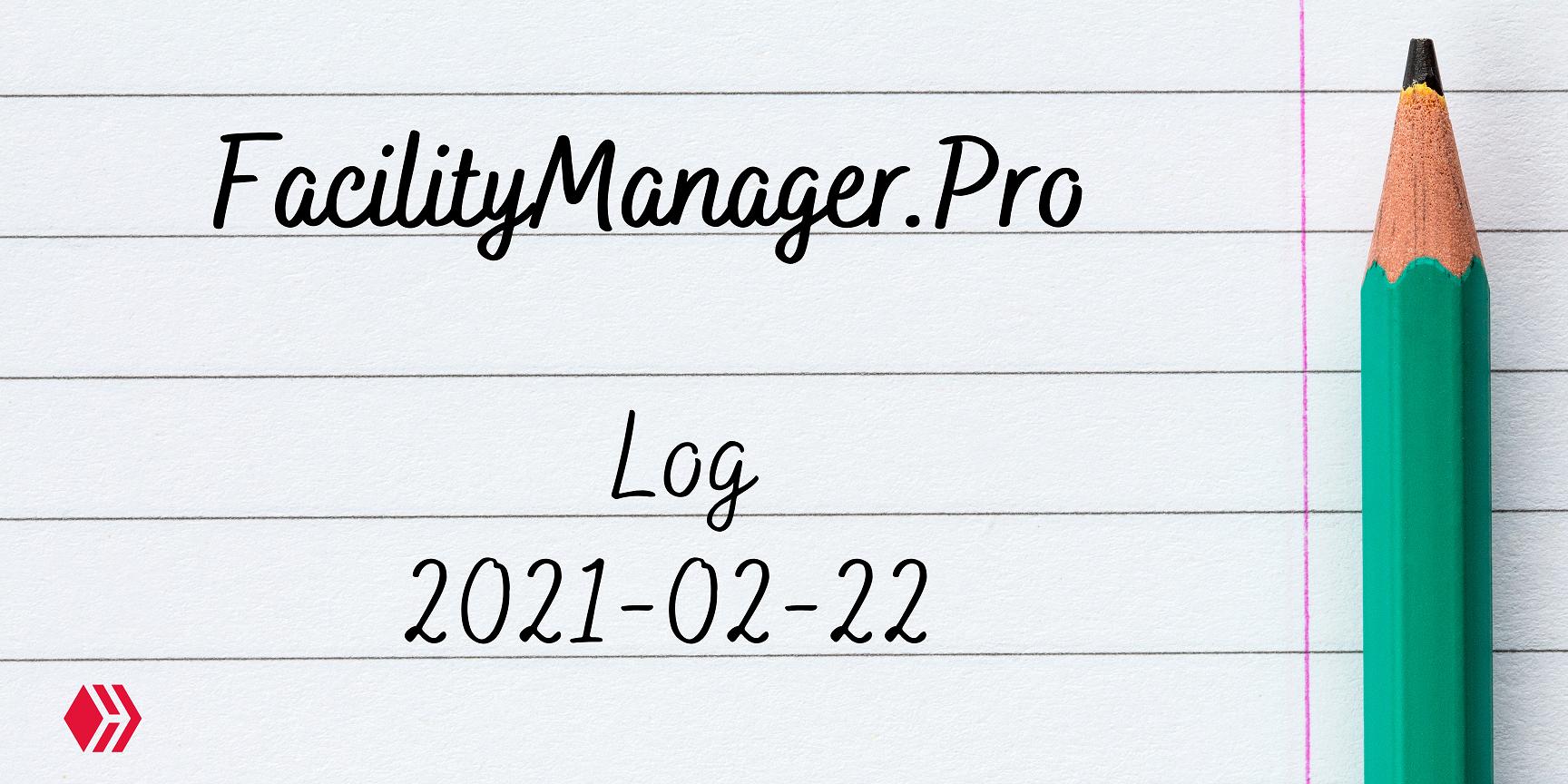 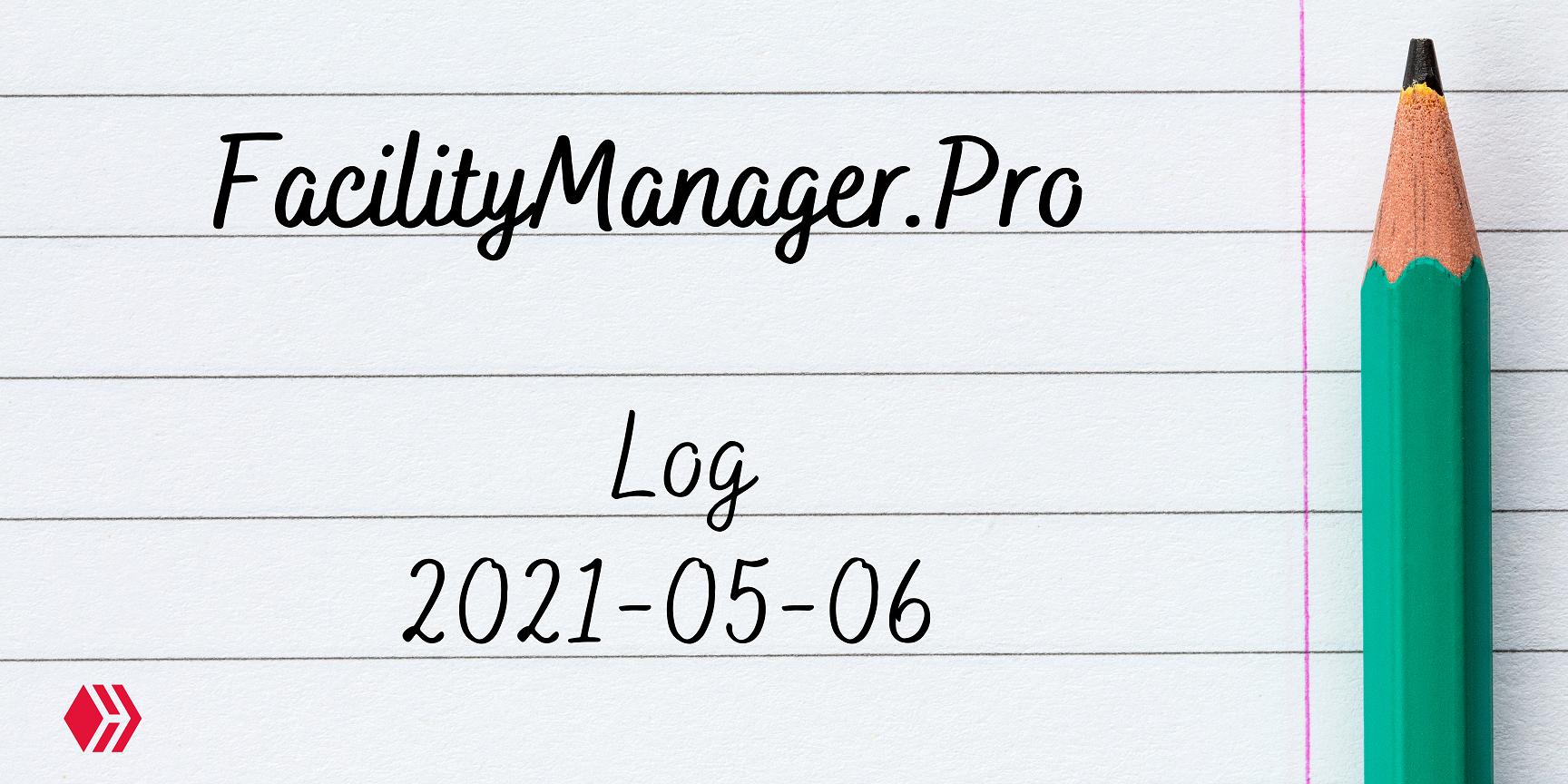